There are only very few truly independent search engines in the world. Google, Bing, Yandex, and Baidu are the best known ones. Most other players only white label results from those four and are dependent on them and their business model. Or they are so localized and small that they do not offer a credible alternative. Nevertheless, we at Cliqz are also trying to build one: over the last five years, with around 100 people, we have built our own search engine beta.cliqz.com from scratch. It’s completely independent, it does not use anyone’s technology nor anyone’s business model. It’s built end-to-end from collecting, crawling, and analyzing data up to actually showing results all this with privacy by design. We’re quite proud of it. And each day until this Christmas, we will explain one core piece.But we would want to kick this blog off with a more fundamental question: Why? Why would a team be motivated to build another search engine? Why would Hubert Burda Media finance this over several years (they continued to back us especially in times when things got tough)? Why did we choose to invest our time and careers into an effort that seems so overwhelmingly big and impossible?

Because Google with its 93% search market share is a monopoly. It’s true, there are also other monopolies in the world. Some are tamed by regulation, others quite damaging. One could rightfully counter that Google has a good product. They even offer it for free. Compared to other monopolies, it’s much harder to see where they do harm. Google can hardly be blamed for overcharging. But the price we actually pay is very high. Higher than money: Because Google is a monopoly on information. They do not control the information of the world, of course, but control the access to it. 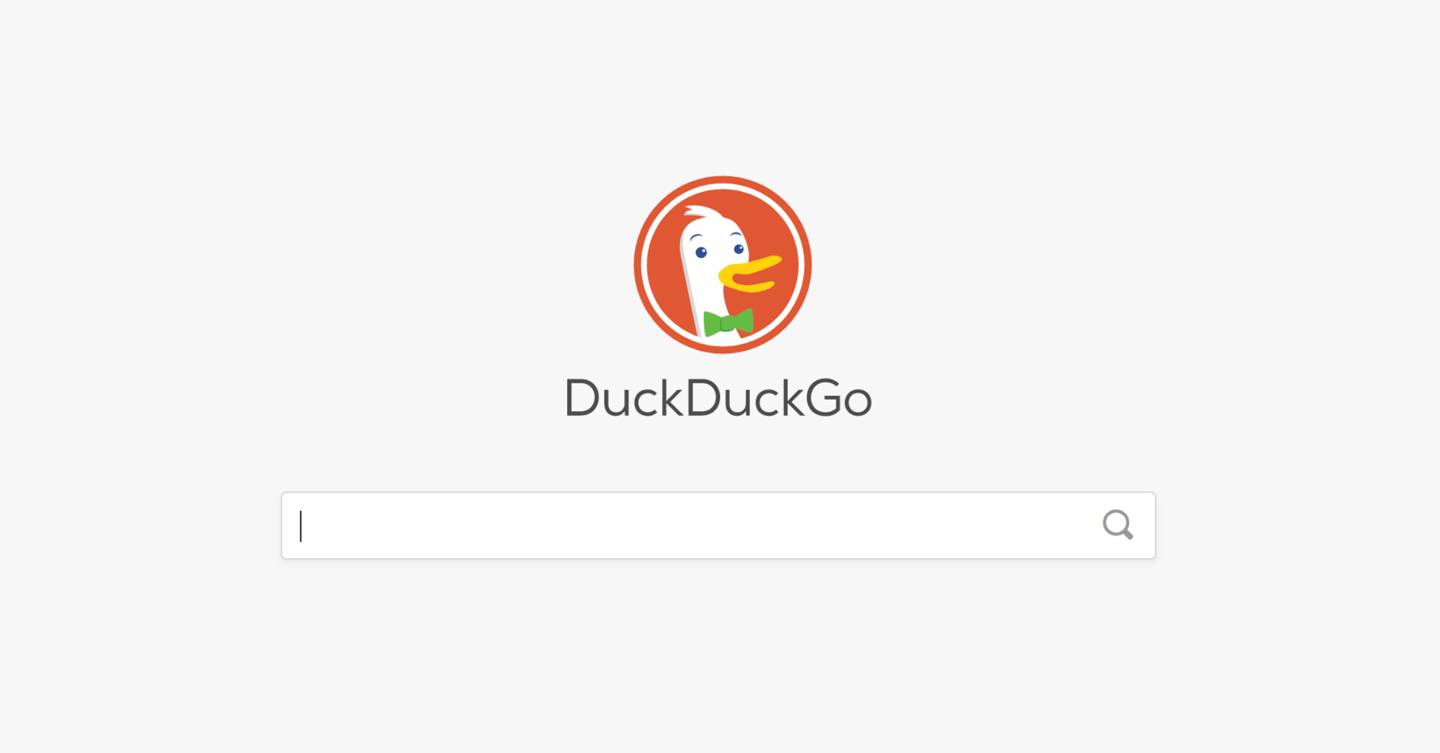 With 93% of the search market, Google’s algorithms decide what becomes truth. Can you think of a TV channel with a 93% audience? Would you find it acceptable if there were only one TV channel? Sounds preposterous, right? Not even Pravda had such a captive audience. That’s what Google really is. Of course, they will claim that they are only a platform. They will defend themselves, that they do not produce the news, that they don’t create or edit the content. This is technically right. But it is as much factually wrong. If a platform is the only platform, you do not have to make the news, pointing to ones and not others is enough to have a profound effect on public opinion and alter the world. Whether this influence is intentional or accidental is irrelevant, it is just dangerous. There is a moment when quantitative becomes qualitative, and that happened a long time ago with Google.

This has been even worsened and amplified since Google extracts answers (“facts”) from websites – it’s their attempt to keep traffic and money in Google. It clearly works. Now less than half of searches lead to a click to another website. More than a half of searches end on Google : We have reached the tipping point where people start and end their information request in Google. Users might believe everything they see there is true. But Google extracts these answers from any website, good and bad ones. Google is not Wikipedia, there is no community governance. There are not multiple arguments. There are no checks and balances. This wouldn’t be a problem if Google wouldn’t be so big. Here, the one answer Google choses, becomes the fact for 93% of searches. And when you repeat something often enough, however false - it becomes the truth.

We opened the door for censorship

The single point of information access is very vulnerable against attacks as well. A total dominance of the market opens the door for censorship: It’s very hard, likely impossible to censor all web publishers. Diversity keeps a democracy strong. There will always be this one editor who does not adhere to pressure, who will publish an honest opinion, a different viewpoint, who will make room for a whistleblower. In contrast, it is very easy to censor one centralized instance. As we have seen: If Google wants to do business in China, they will adhere to the required standards. And there is no one else who will not adhere.

Google is Cambridge Analytica on steroids

Our data profiles make us highly attackable. Google knows everything about us. In a recent study we showed that Google monitors 82% of all web-traffic. But these precise data profiles are vulnerable to misuse. The data is aggregated to profiles which can not only be used to create tailor-made advertising campaigns. They can also be used to absorb the maximum willingness to pay from every customer. And they produce the perfect medium for precision propaganda. In the best case this will just lead to us buying something we don’t need or buying something that we could get cheaper somewhere else. In the worst case they will use our fears, our secret desires to influence our political decisions. Whether Google in this game is evil or not is not the question here. It is about protecting one of our most valuable assets – information – from being owned or controlled by a monopoly.

You think Cambridge Analytica was a problem? Google is Cambridge Analytica on steroids: The manipulation potential of search engines is much higher, since users expect objective results from a search engine. Where in fact it cannot be checked whether the algorithm is actually objective (and we could have an even longer discussion that algorithms can never be objective), whether it is a personalized result (filter bubble) or whether it is used to influence us negatively. This wouldn’t be a problem if there would be many alternatives and if Google wouldn’t be so big. But due to Google’s dominant market share, even the smallest shifts in search results, even a small shift in the autosuggest, will influence our behavior.

There are truly no alternative viewpoints when it comes to search

But: People could still turn to the other 7% competition for different search results, couldn’t they? Well, what appears to be a diversity of small search engines with diverse algorithms, is really not the case. In the Western world nearly no competitor has built an own, independent search index. Probably for cost and technical reasons. Most of them use Bing (e.g., DuckDuckGo, Yahoo, Qwant, or Ecosia) to deliver their search results or even worse, Google (e.g., Startpage or ask.com). It fools us into the false perspective that there is choice. In fact, we only have the choice between one big player and another player. In the TV world, this would be the equivalent of 100 different channels, but they all show Fox News 24 hours a day and just replace the logo. This clearly cannot be good.

Google’s influence is much bigger than “just search”, they control and set the standards for most of the web: Google alone controls 37% of the digital ad revenue. Google, Facebook and Amazon together capture just under 70% (!) of all digital ad dollars spent . This buys you a lot of influence, way beyond their own already dominant positions. Through money they will push their values, their way of how the web should be, and their business interest to the complete ecosystem. In 2018 Google paid 26.7 billion USD to their partners. That is: they spent every fourth dollar they earn to keep their dominant position and influence. Some examples? Mozilla: more than 90% of the revenue comes from search partnerships . Apple: estimates say they get up to $10 billion from Google (per year!) . And don’t get me even started on deals with hardware manufacturers and Android (where Google has officially been fined a massive fee for misbehaving and foreclosing the market). Do you really think these partners – who often completely depend on Google’s money – will work or innovate against Google, challenge their way how they treat privacy, their business model? It’s hard to bite the hand that feeds you. We know, we recently became a collateral damage in this game.

Why You Should Drop Google and Start Using Private Search Engines

Google’s information monopoly is un-acceptable for any democracy

There are many reasons to like Google. They have great employees and they started with a big vision. But no matter how much you like them, no matter how good their products are, no matter how much you believe they have good intentions on their mind – it clearly cannot be good for our democracy and for our society if Google becomes the only filter for the digital world. Paraphrasing Monty Python: “What has Google ever done for us?”. They have done an awful lot for society, for the web and probably saved it a few times a long time ago. But it is time to also see them as the empire they have become. And empires must fall.

There is a reason, why in many democracies, media is carefully regulated. There is a reason why different media companies are often not allowed to merge. There is a reason why we don’t sell all radio and TV broadcasting licenses simply to one single highest bidder. Common sense dictates to ensure plurality of information. Do we really want a world, where we get our most important questions answered by only one algorithm, by what Google’s engineers decide to prioritize?

If you do not see why someone with a 93% information monopoly constitutes a risk to democracy and freedom, then you should not be reading blog posts on the Web but maybe some history books instead.

Cliqz, Search, and You

Search is surely not the only problem digitalization has created. It is also not the only problem that should be addressed. It is however the problem we chose to tackle at Cliqz. We have chosen to build the technology and not just white labeling an existing solution. We have chosen privacy over convenience. All at a large cost - perhaps one that is even a threat to our company. We are willing to pay that cost, because search is the problem that needs to be solved. And search is the problem we chose to tackle.

But we cannot solve it without you: your every query will make Cliqz a better search. Don’t settle with convenience over a more diverse web infrastructure. Don’t settle with an information monopoly, just because it is there. Give us feedback and engage into the discussion. Don’t accept the status-quo. 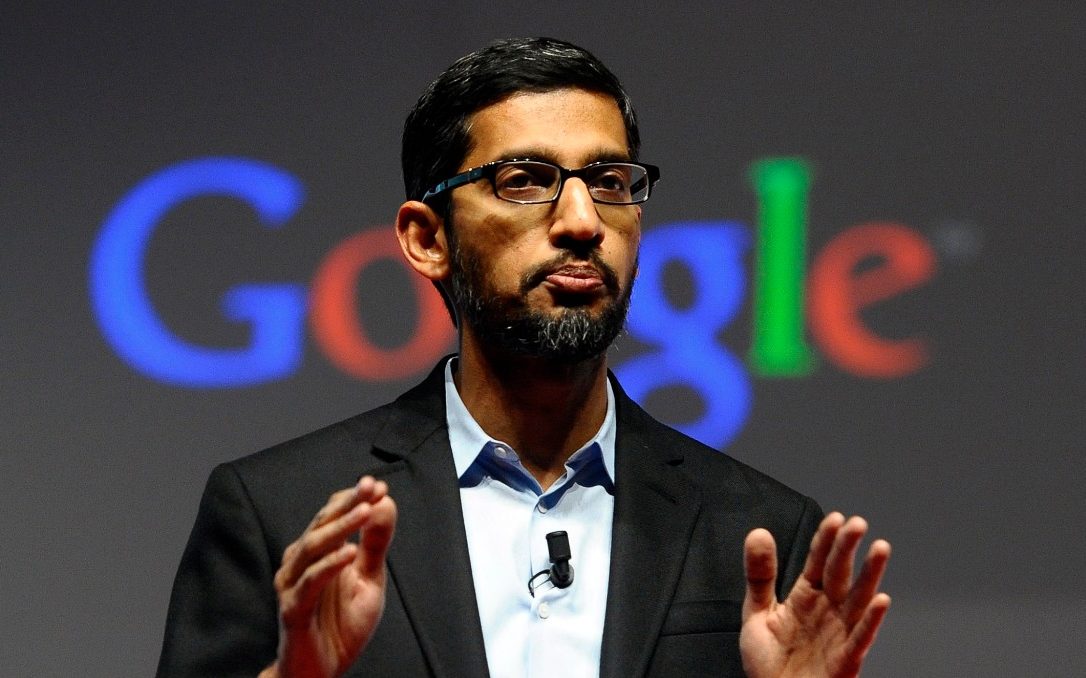 Google prepares for landmark 'right to be forgotten' decision