As Apple unveiled its new Apple Card at a big media event Monday , the company touted what it sees as one of the credit card’s biggest selling points: a “unique security and privacy architecture” that uses a “dynamic security code” to prevent Apple from knowing the key details about the customer’s purchases on the card.

Apple CEO Tim Cook stopped during his presentation to note his company’s reputation for “providing the security and privacy that people have come to expect.”

Microsoft and Apple have long positioned themselves as privacy good guys while their younger tech industry peers stumble from one data scandal to the next. Now they’re increasingly using that reputation as a reason for businesses and consumers to use their services. And smaller tech companies have started to follow suit.

The Apple Secret or the Secret Apple? Will Privacy as Marketing Plan Survive?

Privacy was front and center throughout the Apple event, as the company unveiled a series of new subscription services. Cook and other executives stressed that each product they unveiled was built with privacy as a guiding principle, vowing not to share personal data with advertisers.

Big applause for Apple’s commitment to keeping “your information private and secure.” #AppleEvent

The event followed a new ad campaign in which Apple is using privacy to promote the iPhone:

Your privacy matters. That’s why every iPhone is designed from the ground up to protect it.

Microsoft might be more subtle in its approach, but the company has been promoting data privacy as a point of differentiation for years. Microsoft President Brad Smith has published a series of recent blog posts calling for regulations to protect consumer privacy online and govern new technologies, such as facial recognition. The company put “protection of data and personal privacy” on its legislative wish list for its home state, Washington, in 2019.

Apple to US users: Here's how you can now see what personal data we hold on you

In 2013, Microsoft ran an ad campaign promoting its privacy and anti-tracking tools. “Your privacy is our priority,” the ads said. More recently, Microsoft CEO Satya Nadella told a crowd that privacy is a “human right.”

From ‘evil empire’ to model citizen? How Microsoft’s good deeds work to its competitive advantage

Business models play a big role. In contrast with Facebook and Google, Apple and Microsoft have the luxury of not relying on advertising revenue to drive their businesses.

Apple still makes the bulk of its money from the sale of iPhone, iPads and Macs, amounting to nearly 80 percent of its more than $265 billion in revenue in the latest fiscal year. Much of the remainder comes from paid content and services, like Apple Care and Apple Pay, and the new $9.99/month Apple’s new TV+ streaming service will also be a subscription product, although the company didn’t announce pricing.

Microsoft generates ad revenue from its Bing search engine, but the company still makes most of its money from software licensing and subscriptions. Advertising accounted for only 6 percent of the company’s $110 billion in revenue in the last fiscal year.

Privacy is “already become a selling point” for many tech products, said Giri Sreenivas, CEO of Helm, a Seattle startup promising to help consumers reclaim their privacy with personal email servers . It’s “becoming clear that there is a value that consumers are either having today or going to have in the future for products and the decisions that they’re going to make,” he added, speaking at an event on data privacy hosted by Seattle public radio station KUOW and GeekWire. 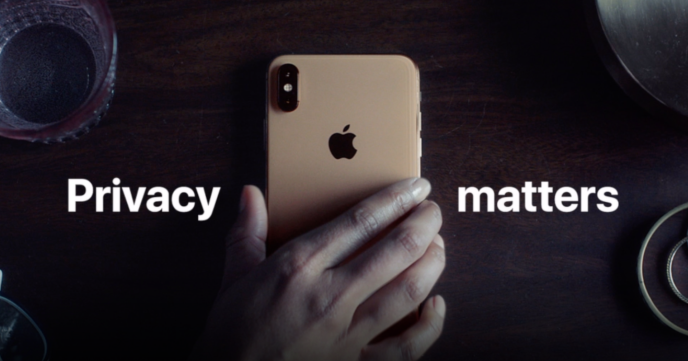 It’s catching on: Earlier this month Facebook announced plans to “pivot to privacy” by doubling down on encrypted, ephemeral messaging.

“I believe the future of communication will increasingly shift to private, encrypted services where people can be confident what they say to each other stays secure,” Facebook CEO Mark Zuckerberg wrote in a blog post. That companies at the heart of our existential privacy crisis are now offering up solutions to it is an irony not lost on some.

Yes, but:Despite high-profile scandals — such as Cambridge Analytica accessing Facebook data to push political objectives — so far privacy outrage hasn’t compelled many consumers to change their behavior online. User growth on Facebook may be sluggish, but the company’s other products, like Instagram and WhatsApp, continue to thrive.

Between the lines: There could be more to the tech industry’s new privacy-forward attitude than meets the eye. Though many of the biggest names in tech have said they support federal privacy legislation, the ACLU warns Americans not to be fooled “into believing these companies have consumers’ best interests in mind.”

Tech's invasion of our privacy made us more paranoid in 2018

"We think it's a good thing that people are more interested in using privacy controls and managing their information online," a Facebook spokesperson said in a statement. Its traffic had steadily been growing since, but it boomed in 2018 as Facebook's privacy issues blew up, said Gabriel Weinberg, CEO and founder of DuckDuckGo.

The civil rights group said tech’s new appetite for federal regulation “is, in fact, an effort to enlist the Trump administration and Congress in companies’ efforts to weaken state-level consumer privacy protections,” in a blog post.

Why Apple Pay Is the Highest-Rated Mobile P2P Payment Service

Apple privacy portal lets you see everything it knows about you