It's an admission that appears to have caught Google's devices chief by surprise.After being challenged as to whether homeowners should tell guests smart devices - such as a Google Nest speaker or Amazon Echo display - are in use before they enter the building, he concludes that the answer is indeed yes. "Gosh, I haven't thought about this before in quite this way," Rick Osterloh begins.

"It's quite important for all these technologies to think about all users... we have to consider all stakeholders that might be in proximity."

And then he commits.

"Does the owner of a home need to disclose to a guest? I would and do when someone enters into my home, and it's probably something that the products themselves should try to indicate."

To be fair to Google, it hasn't completely ignored matters of 21st Century privacy etiquette until now.

So today, as Google announced that it’s going to sell a device that’s not all that different from the Facebook Portal , whose most every review wondered whether you should really invite a Facebook camera into your home, Google also decided to publicly take ownership for privacy going forward.

As Mr Osterloh points out, its Nest cameras shine an LED light when they are in record mode, which cannot be overridden.

But the idea of having to run around a home unplugging or at least restricting the capabilities of all its voice- and camera-equipped kit if a visitor objects is quite the ask.

The concession came at the end of one-on-one interview given to BBC News to mark the launch of Google's Pixel 4 smartphones, a new Nest smart speaker and other products.

The conversation below has been edited for clarity and brevity.

The new Pixel phones have two cameras on their rear for the first time. But is there a risk consumers say: "The new iPhone and Galaxy S10 have three and some others have four. I'm just going to go with the ones that have more because two doesn't sound that great"?

Users are very sophisticated now about their phone purchases.

They study them. They'll read the reviews. You're going to live with them for two, three or four years.

A lot of people remember from just a couple of years ago, where all the OEMs [original equipment manufacturers] were touting things such as: "We have eight cores in our device, so it's super-fast."

And then they realised the actual practical mechanics of that were almost none of them was used and it was actually just sort of a marketing specification.

Google seeks permission for staff to listen to Assistant recordings

The issue of technology-company workers listening and transcribing audio recordings made via smart speakers and virtual assistant apps came to the fore in April, when the Bloomberg news agency reported Amazon, Google and Apple were all involved in the practice.

So, my view is in this market, people don't fall for simple numbers anymore. They look for user experiences and Pixel certainly has a brand that's known for having an absolutely terrific camera experience.

The Pixel phone is one of most leaked smartphones. You even tweeted details about its built-in radar in advance. Others go to great lengths to try to keep details of their devices under wraps until launch day. Presumably you don't think that matters?

Of course, there are other leaks we really would prefer did not happen. And unfortunately that shows a little bit of our adolescence in that we have to make sure we're reducing the amount of unintentional information disclosed.

At some level, we're at least happy people care and desire this information. But we do want to try to reduce leaks in the future.

There's been controversy over facial-recognition tests carried out on the phone's behalf. To make sure it worked better with dark skin tones, there's been reports a contractor targeted homeless people offering them $5 (£4) but didn't property explain what was going on. Can you address that?

It was very important for us to make sure the face unlock system works for all different kinds of people, genders, races, et cetera.

And as a consequence, we wanted to make sure we were able to get a large number of data points that allowed us to perfect this model in a fair way. So, we went out and did a lot of research in this area.

It's come to our attention there may be some methods that were not approved, not how we would do business. So, we're investigating that. We would never find that acceptable. And so we've suspended any data collection until this is straightened out.

Just to be clear about what you think is unacceptable. Was it the targeting of homeless people? Was it not explaining exactly what people were testing? Or what?

All of those allegations would be different than what we would find acceptable.

But do you still plan to retain the data collected in this way for 18 months?

I don't know that we've discussed the length of time that we're holding data. But there have been no changes to the programme with respect to data retention.

[Note: The Verge reported being briefed about the 18-month limit in July].

But some people are going to think if the data wasn't collected with proper consent, surely you should delete it and start again.

This is all under investigation. So, I just want to be clear we do not know the full facts of what has happened.

But if the investigation concludes people didn't know what they were consenting to, are you going to delete?

The best approach here would be to discuss it once we've actually looked into the facts and understood what has happened.

There's a lot of concern about facial recognition. You're selling camera-enabled devices that sit in people's living rooms, bedrooms, and on their front doors that use the technology. Do you accept reports about what happened with the Pixel tests help undermine confidence in Google and other big technology companies' use of facial recognition data?

There's a distinction between what's being used to train a model for face unlock and facial recognition. There are specific use cases for these different technologies and it's very important to examine each one and determine if they're being used in a way appropriate for local laws and regulations.

It is definitely important around the world for what is societally acceptable to be clearly defined in collaboration between tech companies and governments. We want to take a very cautious and thoughtful approach to these technologies.

They are very important to debate and discuss and then together we have to clarify exactly what to do.

When Amazon recently unveiled its rival Ring smart cameras many expected them to add facial recognition but it decided not to. Do you think we need politicians to act quickly to set standards because there's a growing crisis of confidence?

It would be great for regulation to be clarified quickly.

The approach we're taking is to try to keep all of this information on devices as much as possible and always keep it private and secure and encrypted.

There's certainly a key responsibility to make sure the user's information is protected.

But everyone would benefit from clarity of standards and regulation. It is a challenging space to navigate. And it's very important it's thoughtfully navigated. 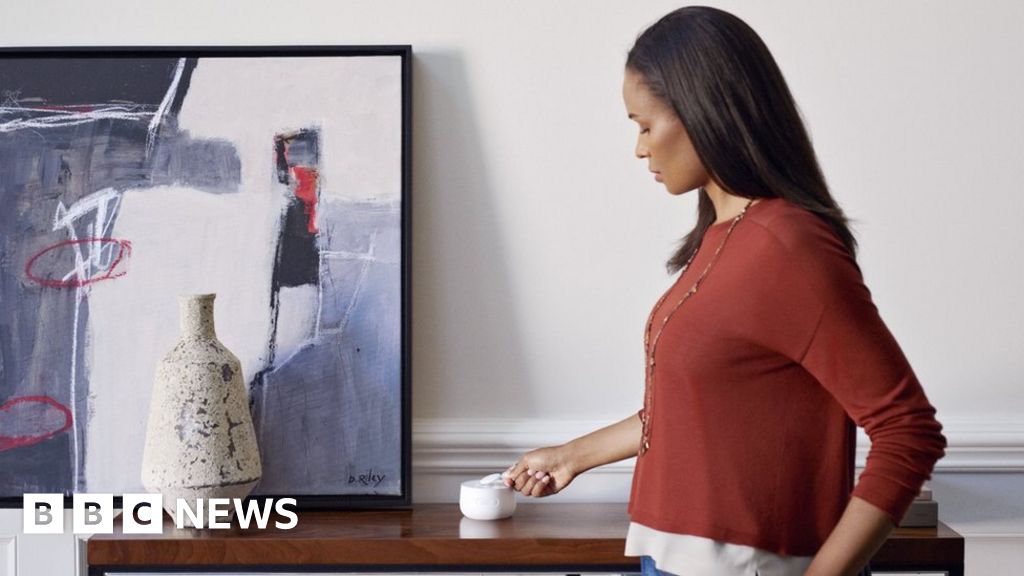 Here's everything Google announced at its big product event